La Bouriane is a very beautiful and quiet natural region in the department Lot in the region Midi-Pyrénées. A rural region, still pure and authentic. It seems like the time stood still. 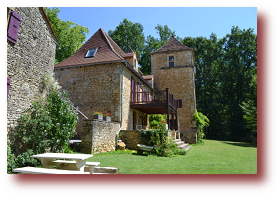 The region is situated between the rivers Lot and Dordogne and it’s an area with a lot of characteristics of the Quercy and the Périgord. It is hilly with lots of forests, orchards, vineyards, meadows and agricultural fields.

An ancient background for the numerous villages, small towns and hamlets, where the residents are hospitable and kind.
The Quercy-style of the houses, often with a so called characteristic ‘pigeonnier’ characterizes itself by the yellow golden sandstones which you find all over the region. 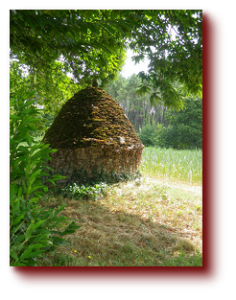 The stone walls of the yellow stones often form a border  between the meadows and the forest and they often are many years old. The ancient shepard shelters, the so called Gariotte or Cazelle, can be seen all around the landscape. 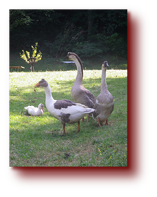 The region sits on the edge of the Massive Central in the south of France, so one perceives immediately the magnificent climate. The short winters are mild, the long summers are warm. But also the pleasant temperatures in autumn and spring make this region so comfortable.
And the nights are dark, so dark, with a sky filled with beautiful stars

Quercy is a well known name in the Lot. It’s a Gallic word which means as much as ‘the people who live along side the river’. The region is named after the river Lot which cuts from the west to the east through the beautiful landscape. Special relics from earlier times, like the many fortresses, the dolmens and the menhirs are to be found all over the region. There are numerous walking trails which guide you along side. There is even a car trail along side of them. 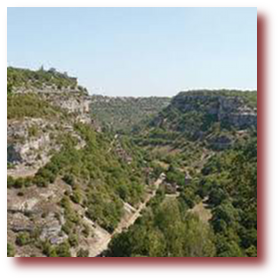 In the northern part of the Lot you find Les Causses, large rock plateaus of lime, where one can admire the most magnificent views. The landscape is rugged and sometimes fierce. The Parc Naturel Régional des Causses de Quercy is an extensive natural park.

The capital of the Lot Cahors is built on a loop in the River and surrounded by rocky hills.